Unable to quote multiple paragraphs or anything across different HTML tags

The default locale is Chinese, but the problem persists even using English.

Screenshots under safe mode, disabling all themes and plugins.

Have tried rebaking the posts.
I was unable to reproduce the problem on meta.

If you can’t reproduce on meta, then it is specific to your site. Any unusual plugins? Themes? Did you try in safe mode?

Same behavior under safe mode, and it’s the same on desktop and mobile device.

Screenshots under safe mode, disabling all themes and plugins. 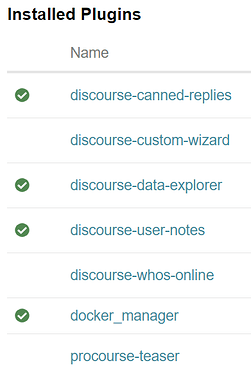 Any JavaScript errors in the f12 console?

Only some deprecation notices in the console

Safe mode doesn’t fully disable plugins, you may need to comment them out and rebuild.

Rebuilt with all official and unofficial plugins commented out, but still have the same behavior.
Tried on multiple devices and browsers.

Have done some more testing, and realized it is more like unable to quote text across different HTML tags, even they are in the same line.

and realized it is more like unable to quote text across different HTML tags, even they are in the same line.

Hi @alexaw
Just to say I have experienced this issue as well on the discourse instance I co-moderate. See my topic: Quoting only partially works
I haven’t found any solution yet either. This bug appeared when upgrading from 2.6.0.beta1 to beta2. Maybe we could check if we have anything in common.

So we have no plugins in common except docker manager and data explorer, hmm…

I have tried safe mode and changing theme, though no difference.

Same here, I have also tried commented out all plugins and rebuild.

When I tried to quote using my iPhone (something I’ve certainly done before), it would now only let me quote a single word; after I selected and highlighted more text beyond a single word, the prompt to quote would not appear.

When quoting on my laptop, it seems rather inconsistent and I haven’t noticed a pattern. Although, if I double-click / highlight a single word, the quote function does seem to appear consistently. The issue seems to exist when highlighting / selecting text beyond a single word, but inconsistently so.

Multiple users are experiencing this issue in our forums today as well. I can easily reproduce it. It seems to have started with an upgrade we did last week.

It also occurs just when quoting more than one paragraph, even with no special formatting. So I think the scope of the bug is a little bit greater than the initial description in the first post in this thread.

Unless it can be reproduced here, it’s 100% something on the other site, either a config option, theme, plugin, etc.

I’m also getting this issue, only since recent upgrade.

In addition to the above, quoting any kind of formatting (e.g. just strong text) stops the quote function from appearing on our install (though admittedly works here on Meta).

I’d be interested in any clues on resolution - thanks!

That would mean that all the people who reported to have this problem have a common setting that would cause this issue? Would there be a way of comparing the different configurations?
And then, what option/setting in the update from beta1 to beta2 or beta3 could cause an issue with quoting? Was any part of the code changed that could affected quoting or related, and thus trigger this issue? I can see in the release notes that “Site admins can enable additional options when quoting for users to share the quote externally”.
I’m trying to ask useful questions, sorry if they feel a bit stupid or basic

I don’t know – unless we can reproduce it, we are flying blind. It doesn’t repro on try or meta. Does anyone have repro steps here on meta?

I tried everything I could think of for quoting on Meta, but nothing that causes the issue on my forum causes the issue here. Perhaps a setting that is activated on Discourse and not on the problematic forums, or vice versa? (I understood it’s quite hard to identify which option)

Rebuilt with all official and unofficial plugins commented out, but still have the same behavior.
Tried on multiple devices and browsers.

I’m really at a loss to give you anything to do here, since removing plugins and themes (and browsers) are the main variables. Unless we can repro here on meta or try, we’re dead in the water. No idea what to do.