Today my forum had its first bike spike in traffic, and users experienced their first big issue. They were receiving logged out messages every 5-10 minutes, returned to the home screen, but in most instances remained logged in. 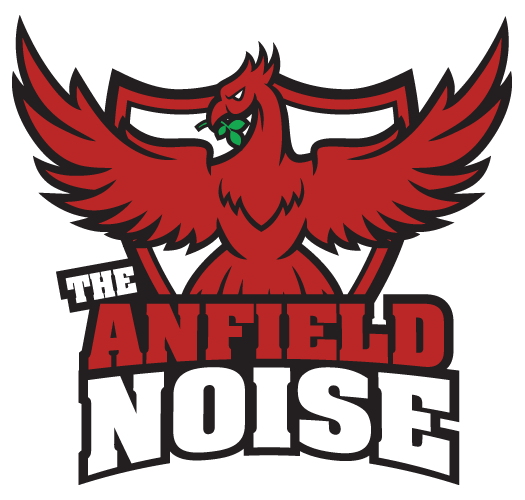 There's no noise like the Anfield Noise - and I love it !

My forum is DO basic droplet, shared CPU, 1GB ram and has been live for about a week.

The spike occurred during the match were 400 posts are made in a single thread over 90 minutes (as people followed the game). It appeared there were 40-60 posters online during this period, and I would not image many anonymous viewers (we have 250 people registered in total).

This is my first ever forum, would this be considered the limits for a low end droplet? 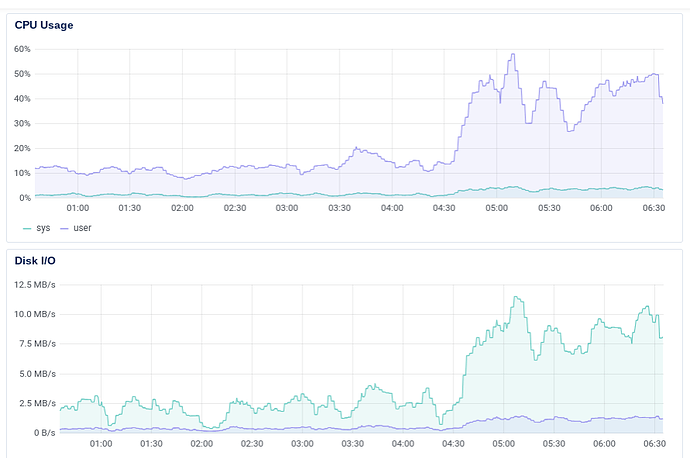 CPU usage appeared to peak at 60% and the forum remained fast and responsive during the game.

Digital Ocean doesn’t have a memory graph, but I went into the console shortly after the game and it was 87% (with 2gb swap about 37%)

What would be the recommended course of action?

Apologizes for my naivety, I am still very much learning.

Upgrade to 2gb droplet for the next game and see how I get on?

Yes, I would try that first.

By users being “randomly logged out”… I have never heard of this… do you mean this notice at the top of the topic?

Due to extreme load, this is temporarily being shown to everyone as a logged out user would see it

Search will also be auto-disabled in these heavy load scenarios.

Thanks for the quick reply. That’s exactly what I will do.

Yes I believe the extreme load notice is what people where observing. With automatic redirection to forum home page.

Vast majority saw this notice and were simply redirected. Nothing more.

A few said this typically happened to them as well. But in addition, on one or two of these occasions they were also simultaneously logged out.

I don’t think there is any redirection, nor auto-logging out, so I’m not sure what they’re talking about. You simply see the topic as an anonymous user due to heavy load.

I wonder if there’s something wrong with your install. Did you install using our official install guide? Any weird third-party plugins?

Yes those are the instructions I followed.

It’s quite possible I may have done something wrong during my install.

It took me a few tries as it was my first time, and I have done a few rebuilds experimenting with plugins.

The plugins I have installed are

So I think pretty standard plugins

Who’s online can be a big resource drain in particular.

Would having too many skins also be considered a big resource drain ?

Just as an update to the thread.

Upgrading the memory (1 GB to 2 GB) didn’t seem make a big impact during recent spike. Although I never altered/rebuilt my app.yml so not sure if that would have made a difference ?

Upgrading the CPU from 1 virtual CPU to 2 though seems to have done the trick.

We have been very busy recently with new player signings and no one has reported a log out. Big test tomorrow a big game occuring but looks good.

You’re going to need to update your app.yml and rebuild to get the real benefit of those upgrades.

db_shared_buffers should 25% of your system memory, which would be 512MB. Your current setting is probably 256MB.

unicorn_workers is two per core, so change it from 2 to 4.

I will do that today. Thank you !

How did the test go yesterday? Did the upgrades help?

Much much better thank you

Unlike last time were it was a constant annoyance (occuring every 4 or 5 minutes) during the game at the weekend it did not seem to be a major issue.

Seems a minority of users received heavy load message just once during the game. But none were kicked out of the thread.

The move to discourse has been an overwhelmingly success seeing lots of posters not seen in years (at least 50% more users). So in a fortnight I am going to move from Digital Ocean to Hetzner so that I can keep it affordable at the same time have a more powerful server to deal with spikes (although am tempted just to step up and step down the server for that 2 hour window a week)