Why are different emoji images shown in URLs and browser title for the same emoji? 😱

I am using the :scream:

emoji in the title, heading-3 and link preview of a post and 2 of them don’t look the same.

See how the link preview emoji is different from the rest?

The emoji is still wrong even in the cooked post:

Here’s the link of the post where i took the screenshots from: Prune command details - How-to - Duplicacy Forum

One is the discourse-substituted graphic from the local emoji set. The other from the URL is the OS default for the emoji.

On my iPhone I see the iOS scream emoji in the second slot, presumably because it’s the Unicode character from the title.

Interesting, so the windows emoji are darn-ugly.

Is there a way to have the emoji from links show the correct image? Eg. the same image as the emoji from title or normal post body? Right now it’s minor, but it still looks ugly.

Not really, unicode emoji are going to occur in many cases particular titles / URLs.

You mean discourse cannot do anything to fix that? Make the links show the correct image for the emoji?

The correct unicode emoji “image” is the font on your operating system.

I think we have a missunderstanding here: my pet peeve is that discourse doesn’t show the same emoji in all places. By what you said it sometimes uses the “OS emoji” and some other times it uses its own emoji.

I would like that discourse uses the same emoji (by that i mean the same picture that is shown for the emoji) in all cases where i use it.

If anything we’re moving toward the latter – it is cleaner to use the unicode representation of the Emoji rather than bodging an arbitrary image in there.

The more mature emoji support gets on each OS, day by day, the more likely this becomes in the future.

This is happening in the above case because it’s part of the URL / topic title. You can’t have images in URLs for what I hope are obviously apparent reasons. Think about it mon

The more mature emoji support gets on each OS, day by day, the more likely this becomes in the future.

uhhhhh, i don’t look forward to seeing everywhere the butt-ugly emoji that windows 10 has

MacOS interop is stupid (smb sucks, finder even more), Linux still makes me drop to terminal whenever something unexpected happens, there’s no Autohotkey for either, so i guess i’m still stuck with Windows?

Here’s Invasion forums’ emoji picker for me on Ubuntu/Chrome (they use native emojis everywhere, by the looks of it): 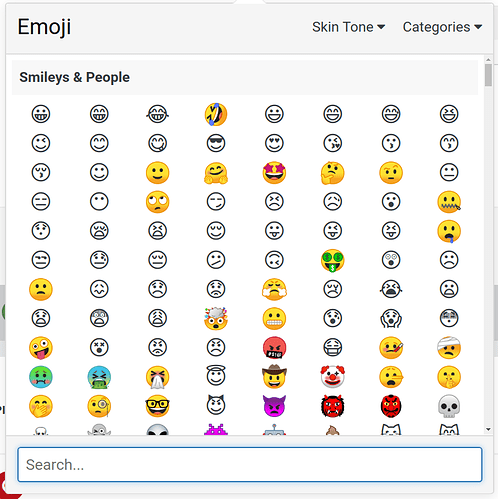 The Google ones are great (I guess they’re coming from Chrome itself?), and the outline ones actually look half decent (if a bit bland due to lack of color), but there’s no consistency. Not sure if that’s better or worse than Windows overall.

If anything we’re moving toward the latter – it is cleaner to use the unicode representation of the Emoji rather than bodging an arbitrary image in there.

Definitely true, but IMO the widespread support/coverage is still quite a long way off (at least judging by that image).

the outline ones actually look half decent

I like those quite a lot! Minimal, yet expressive.

The Unicode emoji come from your OS not the web browser.

That might be true for Windows/MacOS, but it seems not for Ubuntu. Here’s the same thing on Ubuntu/Firefox: 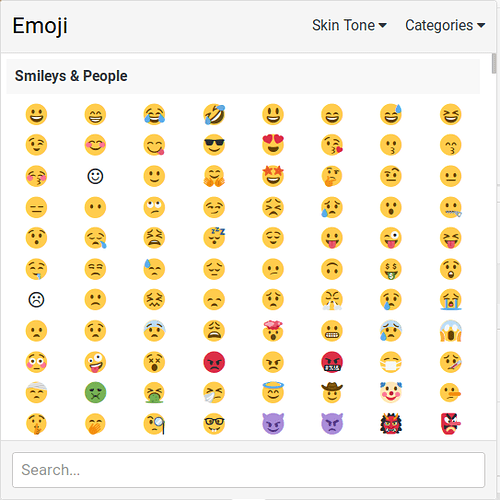 I think those are the Twitter ones, judging by Emojipedia’s comparison pics.

Edit: Unless you just mean the outline ones, which I guess do come from the OS, as they seem to be the same in both browsers (e.g. the plain smiley face in both screenshots). I guess those are used as fallbacks.