But I have to agree that it is this presentation of information that is more attractive to ordinary users. They look at Facebook, they look at it and they say it’s better! Because it’s just cleaner, less noise, easier.

So they can use CSS to style their Discourse identically as needed? I’m not seeing the problem. What exactly is stopping them from entering the desired CSS in Admin, Customize?

I don’t quite understand, maybe it’s a matter of translation. I wrote that if you compare Facebook and Circle and view the page, the Circle’s interface looks cleaner and simpler. This is perceived as “better”. Facebook has more features, more elements, and an overloaded interface. Circle and colors are pretty good. But in reality, the presentation of information in Circle posts is the same as in Facebook. This is a social network.

Posting information on a social network is not intended for discussion. If there is a long conversation and it contains a lot of information, not just short comments.

If you throw short remarks in the comments, then the structure itself wins, as in Facebook. For such comments, chat is also suitable.

They will look at Stack Overflow (as an example) and talk. Why such an ancient design. We want to see the feed in the form of expanded posts. They like it. I noticed this trend. If you like something, then a similar appearance should be everywhere. But this does not mean that it must be done. The tasks are different. I only wrote about this.

Yes, I don’t see any problems here. The design can be changed the way anyone wants. If someone wants such a design, they can easily change it. There is no problem here. Discourse has all the intents for this.

I’ve always been more interested in what’s under the hood. And the color of the car, if you don’t like it, you can repaint it, this is the easiest thing to do.

It’s extremely helpful to dig into specifics and use concrete, real examples.

I can see the appeal of the sidebar, I’ve built a few sidebars for Discourse myself

I have no particular objection to sidebars “rezzing in” when the screen is extra wide, to make use of otherwise naked, unused space. Some people tend to maximize browsers which I’ve never really understood…

I agree that markdown and the side-by-side preview feels more complicated specifically for low-skill computer users (which IIRC is most people). It’s not the Facebook input box or a Microsoft Word document, so it’s uncharted territory for many. We’ve discussed some hybrid approaches where images and formatting would appear inline with markup in one window (github and some others do something similar), but it’s a big complex change with lots of pieces. I don’t think we’d ever go WYSIWYG, but there are WYSIWYG-ish things that could probably help. 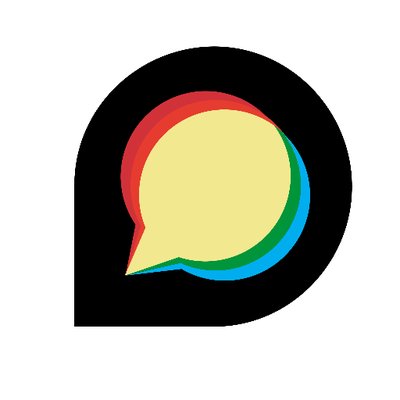 Did you know you can hide the preview pane of the editor? Click "hide preview" at the bottom right. Your setting will be remembered the next time you open the editor, too! https://t.co/GelbEsEcD6

If you have any mockups to share, I’d love to see them!

This is not a forum format. This is the social media model. Different behaviors and different purposes.

I’m using Circles. It feels more like slack or discord to me. Conversations keep getting pushed down, never to resurface. In the groups I am in there is zero moderation. I have never seen a post moved or split.

I’m having trouble making sense of the conversations.

It destroys engagement. Further it is so aggravating to click read more to see two words.

That’s a great idea. I almost never look at the preview, and maybe markdown is “invisible” enough that people just wouldn’t notice. I can imagine that many communities would like preview hidden by default. I don’t see a place in preferences/interface to say that I don’t want to see the preview.

Right, it’s not a site-level preference at the moment. You can see how to toggle it in the GIF video I posted above, but that’s stored at the browser level, so it’s also not technically a proper user-level preference, either.

Given the drive for “simpler” out of box experiences, I think this should be added as a true user pref and a true site level pref. Same behavior in terms of expand/collapse though.

but that’s stored at the browser level,

Ah! I didn’t understand that the browser would just remember the last state.

I think this should be added as a true user pref and a true site level pref.

I think that makes sense. I can’t quite tell if a “normal person” would be confused by, say, the [quote] bbtags or whether they could quickly learn to ignore/trust them. I started using LaTeX as my primary means of producing text long, long ago, so I can forget how Markdown is confusing for folks.

Discourse and I appreciate it being open source.

This isn’t always evident but this is actually something Discourse paid a lot of attention to. There is a large attention to detail to make Discourse as customizable as possible for its users.

If there were more specificity in terms of an overall UI or ‘aesthetic’, customization would be tougher for customers who want to change things based on their own company/group’s branding.

While technically speaking its not the same thing… I personally think of the design aspect as similar to Wordpress’ default… which is extremely basic. This allows hundreds of themes to be made for the platform, with little hurdles as far as design goes along the way.

“But I don’t like the current UI: I prefer a very different UI” is not constructive feedback – you need to be much more specific if you want us to consider redesigning anything (this has already been said in a few different ways throughout this topic)!

This is probably also a good time to remind everyone to stay on topic. This is specifically about Circle.so vs Discourse… feel free to start a separate topic to talk about general design things!

But I don’t like something: there is no attention to detail in terms of design. Discourse has the ugliest UI / UX and I would not keep any element of this design.

I have seen Arnold Kim say that too. I guess the chances of MacRumors ever being migrated to Discourse is nearly zero.

Actually, that’s all I ever hear in regards to Discourse on MacRumors.

Ok what theme is this ?

Discourse for teams. A totally different product from theseh guys.

Wait, what? Discourse for Teams is created using Discourse, by the same people who make Discourse.

For more on the relationship, see:

We are starting to get some interesting questions from the community about Discourse for Teams and how it compares to Discourse, now that we have launched the product, so I will gather the best questions and answers on the Teams support site here for the benefit of everyone. Keep in mind that many of the differences don’t apply to self-hosted Discourse, so savvy self-hosters with some programming chops will be able to get pretty close to what we are offering here on their own. But of course wit…

If you prefer a different UI, feel free to use CSS to modify the UI to match your preferences.

If you feel this is impossible, perhaps an alternative free open source solution would be more to your liking?

In October, I created a Twitter thread comparing Circle and Discourse. My goal was to be fair, respectful, and create a positive exchange of ideas.

I was hoping that more members of this community would jump into a public discourse to talk about the benefits of the Discourse platform.

I’ve run a discourse community and I’m in several others. I value this platform and the work all of the developers. I’m hoping that we can find ways of sharing with others the benefits of Discourse.

However, many new community builders are flocking to Circle because of the way it is being advertised as the solution to so many problems

Tiago Forte just wrote an article writing about his perceived flaws in Discourse and promotes Circle.

He says that Discourse

This doesn’t match my experience at all. I hope that the Discourse community can find more ways of promoting itself in public.

When I created my first online course in 2013, online learning was a lonely affair. Platforms like Skillshare and Udemy were exploding in popularity. But the vast majority of courses at that time were one-way: information flowed only from the...

It’s true, I wish Tiago who I admire for his work, would have chosen Discourse and invested in helping our community. As I’ve sat with what he said, I am reminded of a truth that we cannot be “for everyone.”

Tiago is now an angel investor in circle.so. He now has a vested interest in driving more people to use that platform than any other. I am NOT discounting what he is saying about Discourse. It’s just those who are attracted to a stack like Teachable and Circle.so are, perhaps, ORIENTED towards services like those.

I chose WordPress, not Kajabi like two partners did. I’d never, ever go with Kajabi.

I chose Discourse. And…

There’s more. And yes, I want it to be easier for my members, and for me. Still, 100 days in, I am delighted I chose Discourse. Truly. Everything I wanted to actually have members EXPERIENCE in sharing and connection is happening. That matters.