When managing a group, I see this: 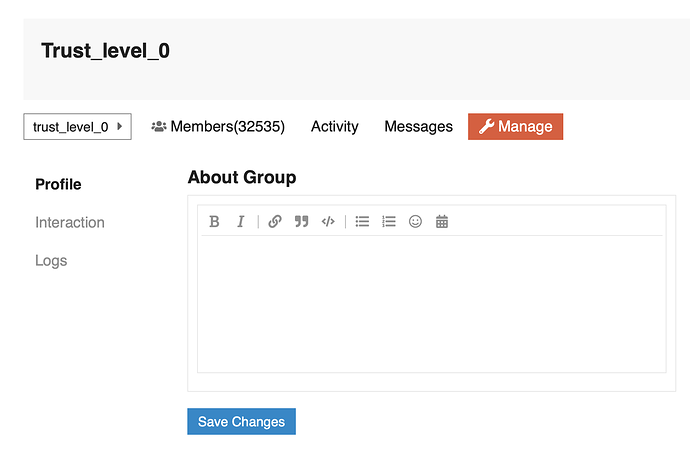 However, notice this group view that allows flair…why don’t I have this? 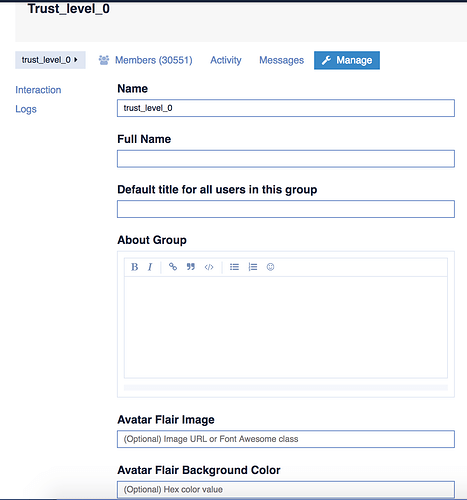 Update: I do have this if I create new group, just not existing groups.

Though they seem the same, trust levels are not groups.

I see that. Our groups I guess are named trust levels. I’ll edit the question

It still remains. Why can’t I assign flair to existing groups but I can if I create new groups?

Flair for automatic groups has been discussed before (https://meta.discourse.org/t/proposal-flair-on-avatar-for-trust-level/81250/5) and is something that will likely exist at some point in the future, but it isn’t a current priority.

The main reason is that automatic groups lack some of the features that manually created groups have:

I think it isn’t supported yet because trust levels can’t be assigned as your primary group, which is what the flair is indicating.

If you’d like to add flair to a trust level, there is a theme component that can do it.

This theme component allows an admin to add flair to user avatars based on the user’s trust level. Trust level flair displays anywhere on the site that you would normally see group flair. There are a few theme settings to adjust the position of the flair in relation to the avatar. Basic Examples (with group flair in place) [examples] There is also a bottom-right position that will either replace group flair or be replaced by group flair depending on how you set the “group flair always on top” …