If I set the option: “Keywords are visible for everyone, but only the following groups can use them”.
…select groups > save > then reload the page or go back into the options later, the two selected groups are no longer displayed. However, the function comes into effect and only these two groups can subsequently assign tags from the group.

This can cause confusion for multiple administrators. Is this the way it is supposed to be?

Thanks already for the feedback

I just tried testing this with Discourse Version - 2.9.0.beta3, however, I was unable to reproduce the issue.

Specially, I setup a tag group with settings similar that what you described, ie - “Tags are visible for everyone, but only the following groups can use them” and then selected two groups and clicked save. 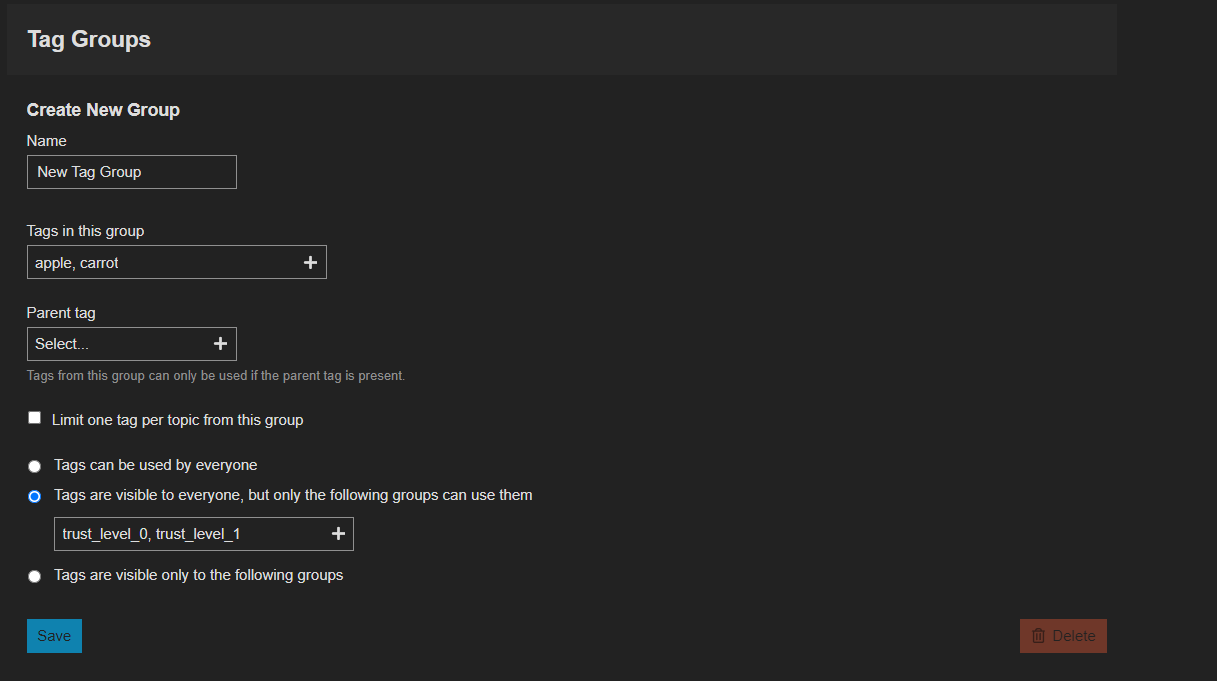 After reloading, the two groups were both visible, and upon clicking the “Tags are visible to everyone…” menu, both groups were able to be deselected. 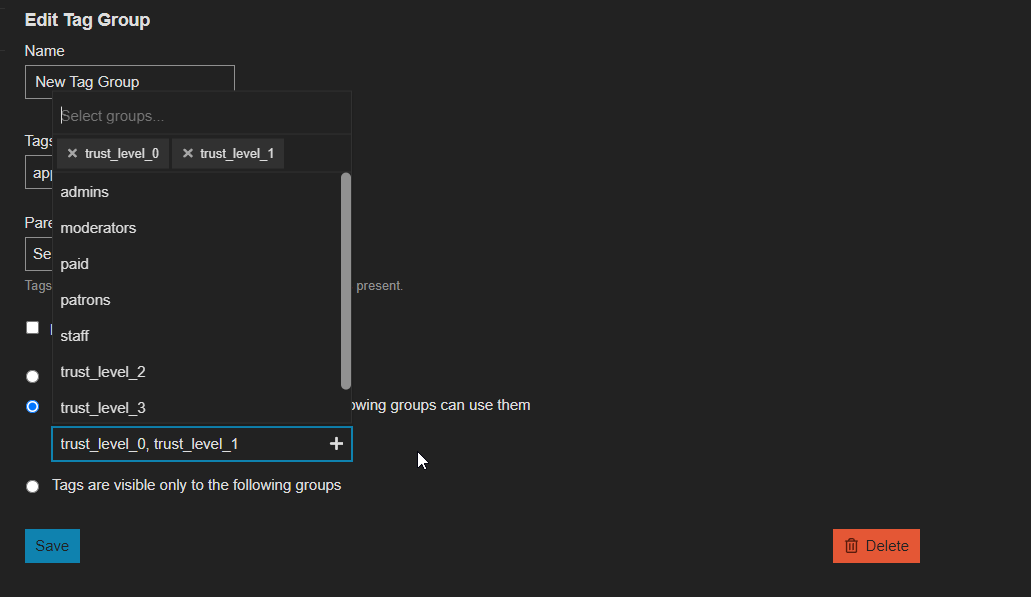 I used Chrome Version 99.0.4844.84 to access Discourse, and also tested with another admin on the site using Firefox 91.7.1esr and was still unable to reproduce the issue.

I hope this helps provide some insight into this bug.

After further testing, I found that if a specific group is not visible to the moderator editing the tag group settings than that group will not show up on the edit tap group page.

More details about the testing process I went through:

The “secret” group that is only visible to the group owner. 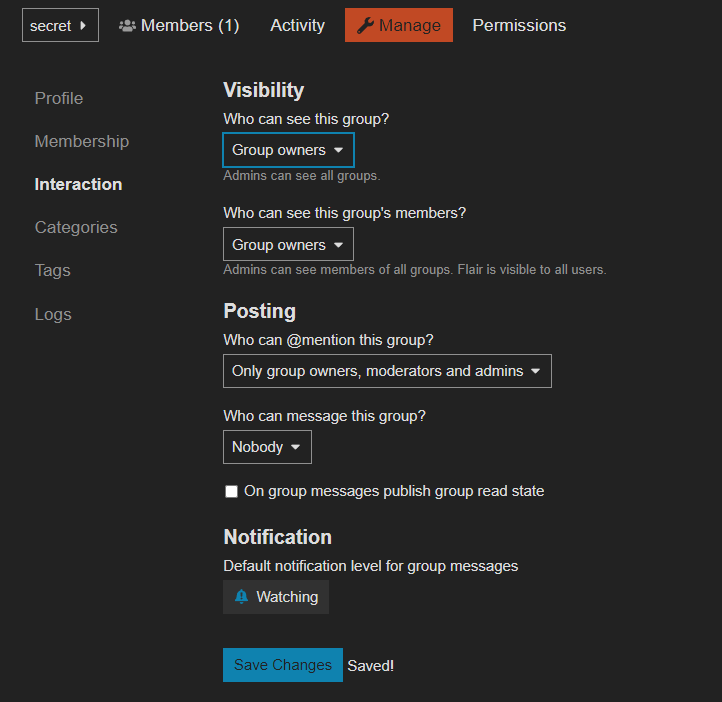 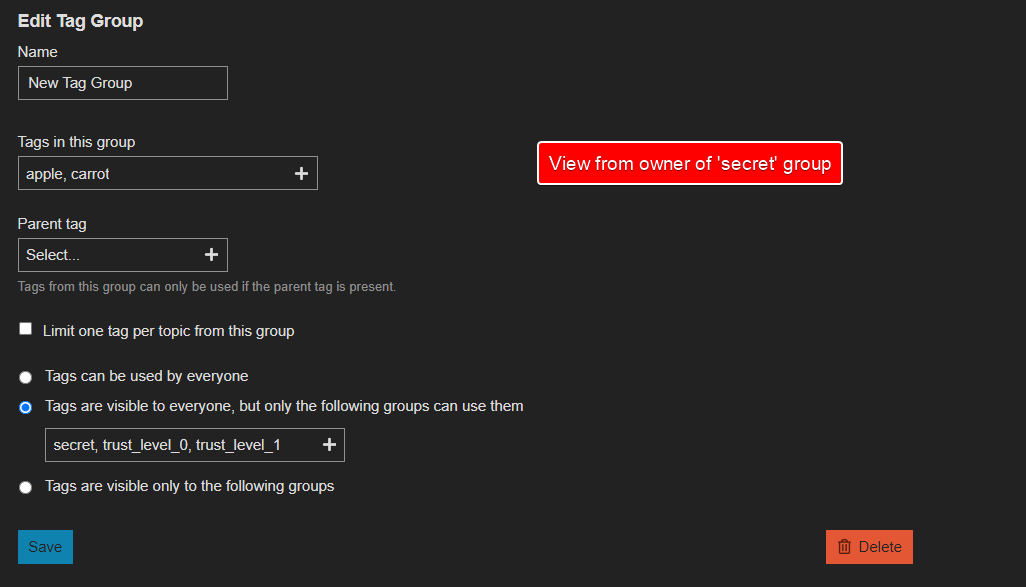 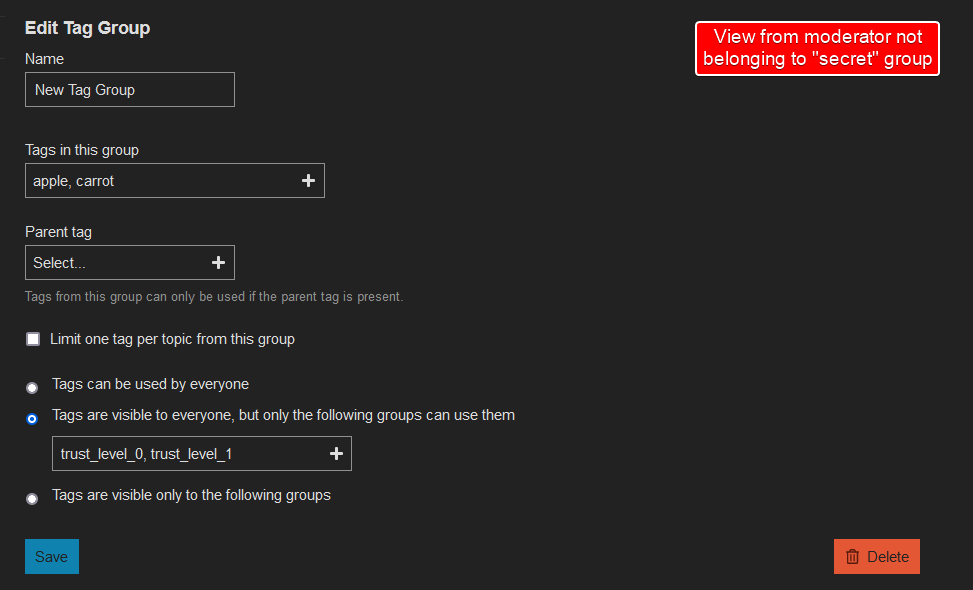 This might not be exactly the situation originally described, since it sounds like the two groups that were added to the tap group settings were visible by everyone (or at least visible to the moderators editing the settings), but this was the only was I was able to get results similar to what was described.

Thank you for your response and for trying to recreate the problem.

To understand the problem even better, I have attached screenshots here. You can see that I authorize the two groups “Administrator” and “Moderator” to use these tags. 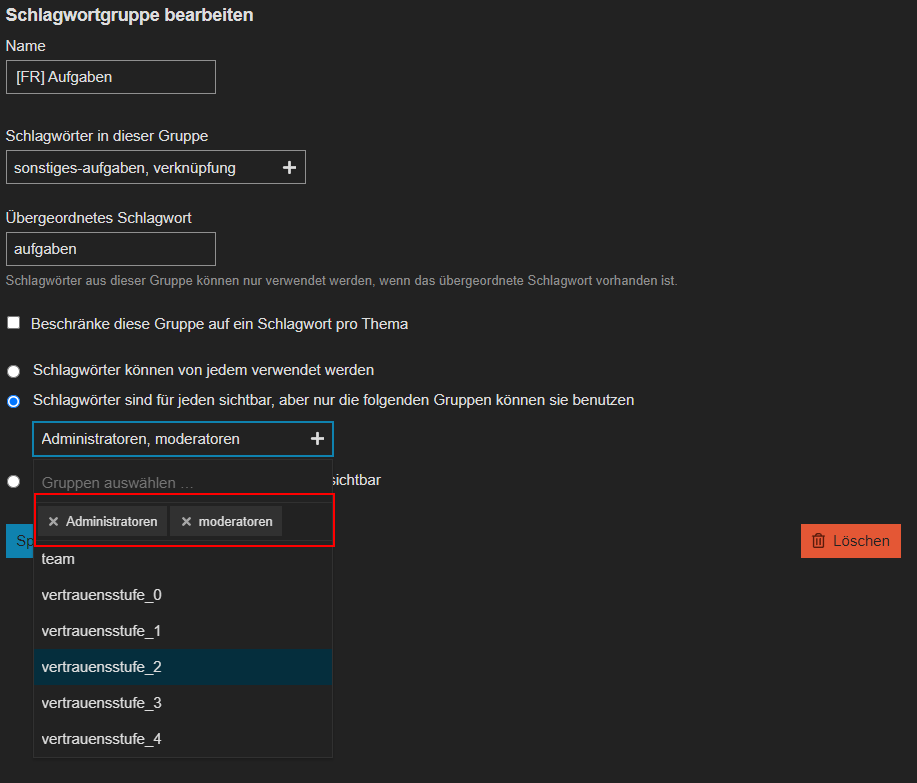 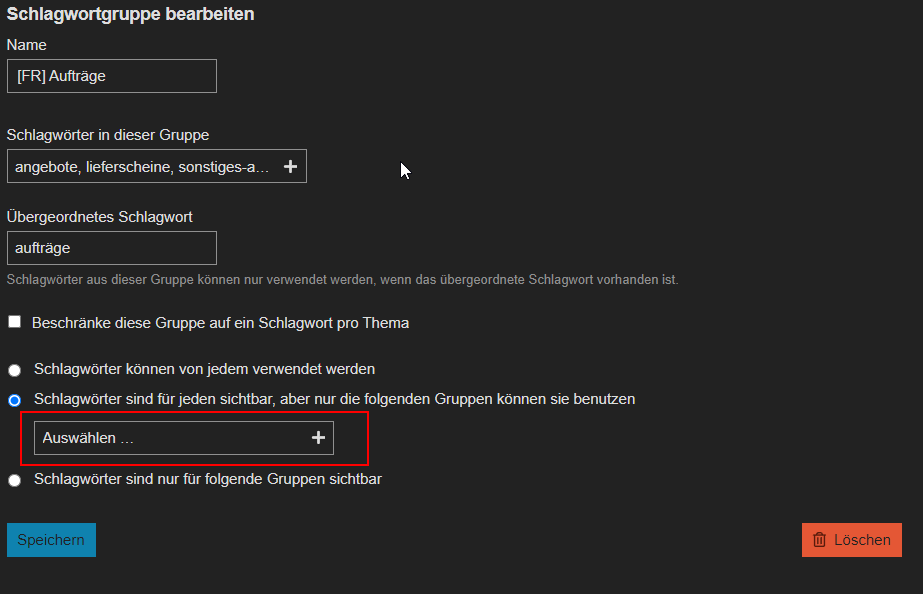 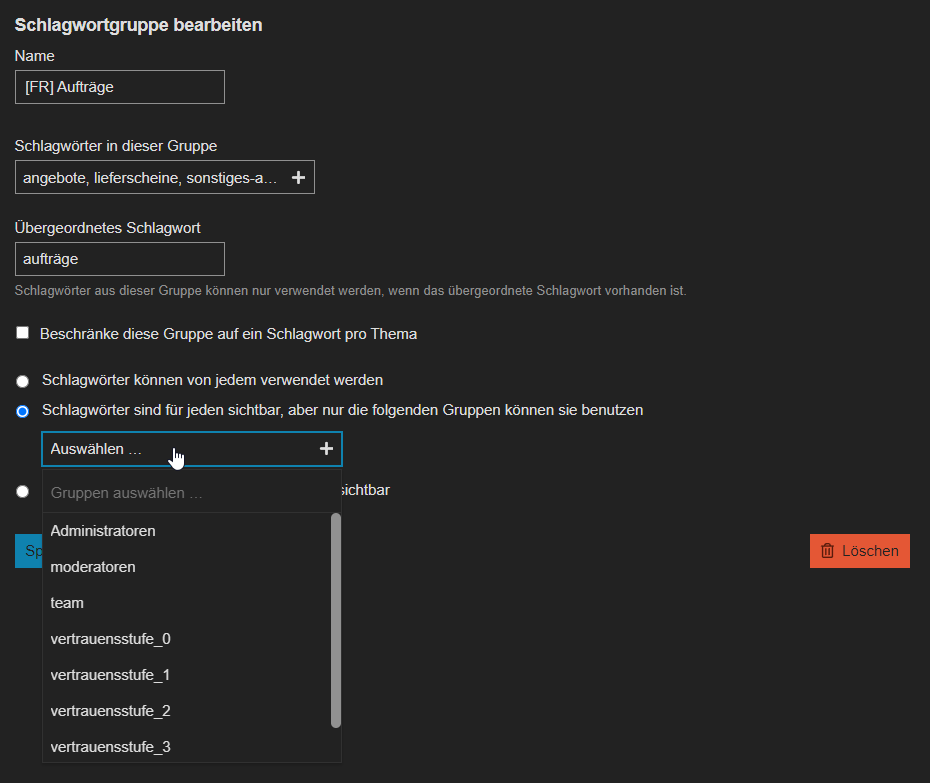 I hope this could be understood better.

Excuse me, small addition, since here by mistake the wrong group is to be seen in the Screenshot above, it concerns here naturally this group: 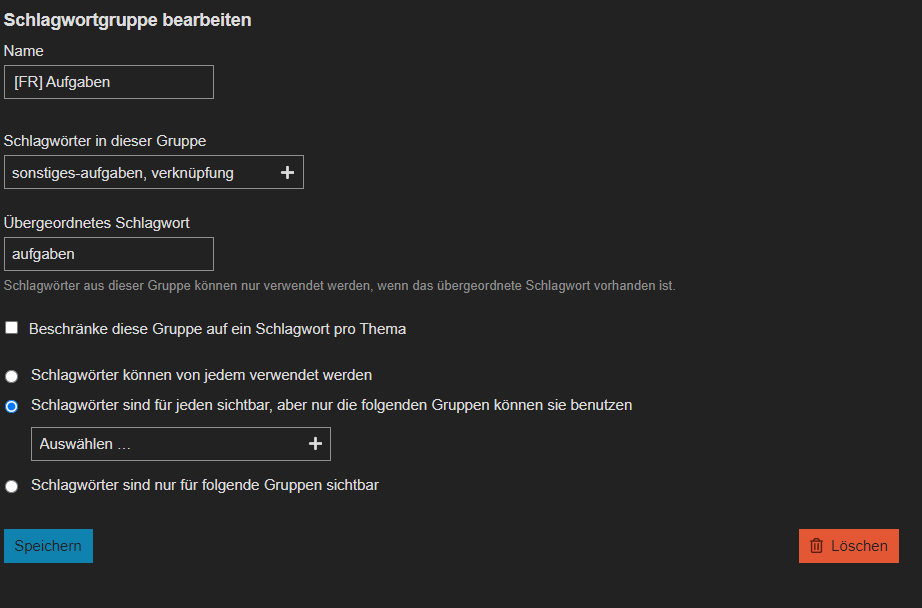