Minor editing should not bump the topic

I have noticed when i edit post for minor spelling error, it takes the post to the top. there should be some threshold to make it qualify it to taking it to the top like heavy meaningful editing vs minor editing like spell mistake correction.

Nope, I disagree with that. I frequently post something short, then later realize that I should have elaborated further or wish to add another detail or even a question. If the post has already been read, then my edit will likely never be seen. Marking edited posts as a new is an awesome feature.

I’m torn on it. Yes, it goes against everything you know about forum software to date. But I think the good of it outweighs the bad here and that this is really a good thing happening within Discourse instead of an issue.

Remember that Discourses aim is to turn the forum world upside down. They are doing things that go against everything you were accustom to.

We could set a rule of thumb. Like considering the post is new if the diff shows it’s changed by 50% or more.

How about a “this is a minor change” tickbox, like in dokuwiki? 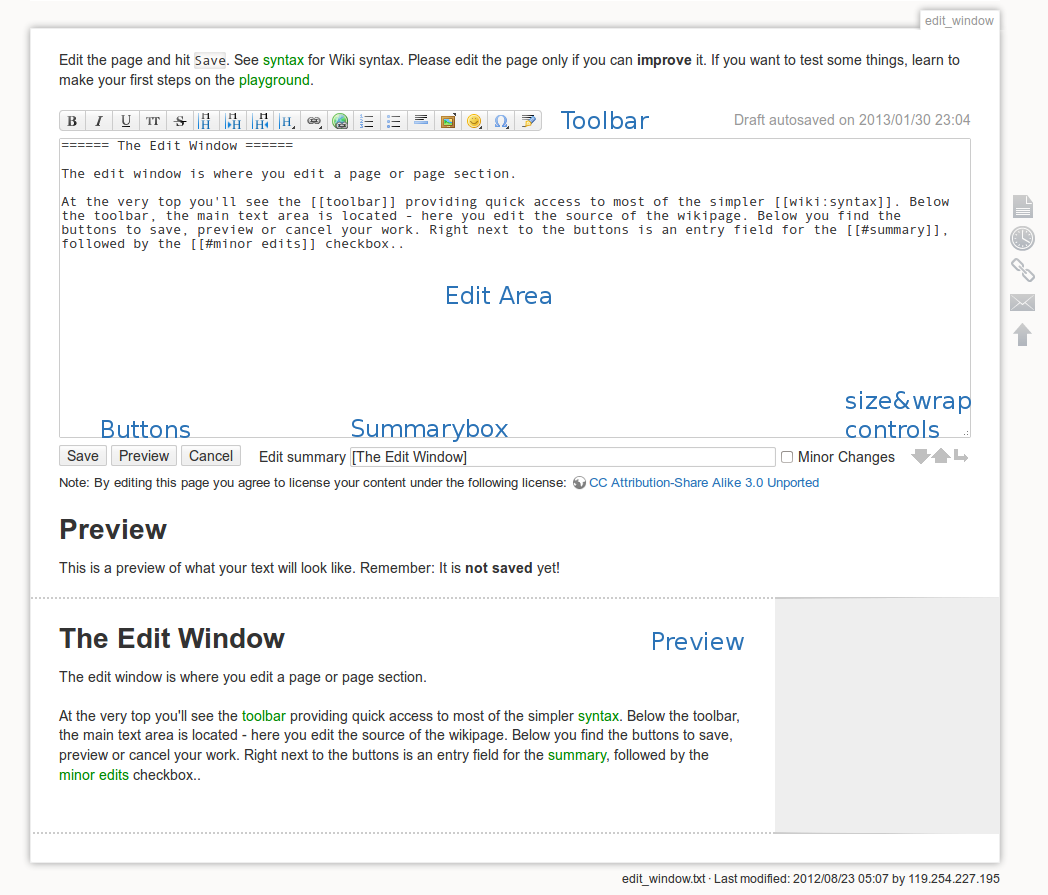 Bad idea. An automatic detection that enables flagging the edit post as new will more often get in your way rather then help.

On the other hand, a detection that disables this feature may work, but it should really only trigger on tiny edits such as typo corrections.

Editing posts is something I do almost every post. (I know, I know, “re-read before submitting”).

My “ninja edits” are usually minor typo fixes. But my later edits are to correct mis-information - eg. forgetting a “not” or an “un” changes everything, or as mentioned to add what I consider to be important details I originally overlooked.

I don’t think any amount of computing power can subjectively determine when an edit is a significant change.

IMHO if “edit bumping” is felt to be a problem then post editing should be completely disabled after a few minutes. But then many would simply post the additions/corrections in a follow-up post which would bump the topic anyway, and also increase the post count.

Also it’s worth noting that the topic is only bumped if the last post is edited.

I did not find anything like this so far. This is a feature suggestion to include a new checkbox in the post editor that will prevent the topic from getting bumped after saving the edit. The thread title could still be highlighted for an edit, but this would let someone choose not to bump their topic for a minor edit if they did not want the topic bumped. This would only show for a post that is being edited, not a new post. I am still learning Discourse so I might not be looking at this right,…

Here’s something that has been bugging me for a while. Edited posts should make the grey unread count appear in the topic list so you know there is something you haven’t read in that topic. This is especially important for wiki posts/topics. Right now, I have no idea if someone has edited a wiki post even though I have subscribed to the topic. The same of course applies to normal posts as well.

As @mcwumbly noted only edits to the last post cause topic to be bumped. Not edits to any post in the topic

This is by design, feel free to discuss an alternative implementation, but there is no bug here.

We turned on tagging and have been tagging, and moving some threads to new categories. It seems that sometimes the bumped_at is being updated and we are causing a bunch of old threads to re-appear unintentionally. Is there some way to turn off this behavior. Right now, I’m having to manually edit bumped_at in the console which is a painstaking way to organize the forum.

What I’m asking is, where is the GUI option to change bumped at, similar to 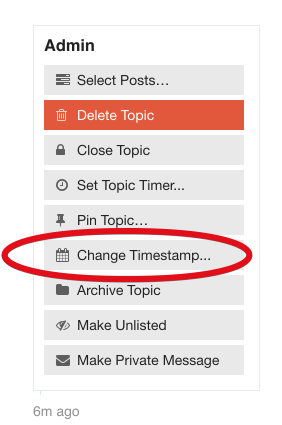 No such feature exists

OK, sorry to nag, but I think some way to bypass (or at least revert) changes to bumped_at would be nice for moderators … I took over an old VB forum with 190k posts, and was in bad shape. It’s been a challenge.

You can bypass the edit bump by doing bulk edits. From the topic list, click the bulk select icon, select the posts you wish to tag (or recategorize) and use the admin wrench. This does not create an edit log, so no bumps. 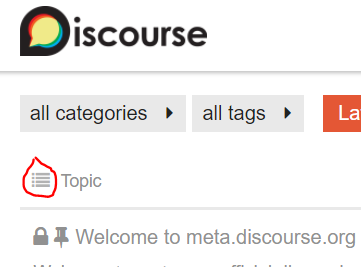 12 Likes
No-bump for admin edits on first and only post in a topic
When does adding a tag to a topic cause the topic to be bumped?
abrambailey (Abram Bailey) September 15, 2017, 1:51pm #20