If a YouTube video in a post is paused or finished playing and you scroll up or down the page enough to load new posts, the aforementioned video will start playing automatically. I’ve successfully recreated this issue on Windows 7 in Chrome version 56.0.2924.87 in this thread: Post your favorite video game glitches - #74 by jacknife - General Game Discussion - Let's Play Zone

Here’s a thread about it on my forum if it’s of any help: Embedded Youtube Video Replaying - Site Feedback - Let's Play Zone

Possibly related to this bugfix:

I’ve got a fix here for the video restarting when scrolling to different posts: https://github.com/discourse/discourse/commit/65d7103bdc20d597decaeefa6ae9c782d6d51aaa As for it stopping when offscreen: that’s the result of our cloaking, which tries to save memory by unloading things as they scroll off. We might be able to increase the threshold before this happens, or perhaps add a check to see if there’s a video playing, but I think it’s less serious of a bug.

I have spent a lot of time this afternoon on this issue and I feel like this issue might not be fixable unless someone else has a brilliant idea.

The problem is in the virtual DOM with prepending (scrolling up). In this case, you are adding a bunch of elements (posts) to the beginning of an array. When the virtual DOM does its diff, it notices the element with the youtube <iframe> is not in the same place, so it removes and re-adds it later. This causes the youtube player to refresh the iframe, which causes it to play again.

It seems impossible to move an <iframe> in the DOM without reloading it.

Note that this bug doesn’t happen when scrolling down because appending posts doesn’t change the order. It also doesn’t matter if the user hasn’t started the video already, because lazyYT hasn’t inserted the iframe yet.

So this does not happen in the scrolling down scenario?

No it doesn’t happen when scrolling down.

I have edited the topic to make this more clear.

A similar bug happens if you don’t stop the video. When you scrolling up the page, the video stops and after few seconds restart from the beginning.

I wonder if @Osama could take a look at this? It is annoying, and easy to repro.

OK our debugging shows that for some reason the Youtube embedded player did fix the autoplay thing, so I am fixing the title here.

The bug we have is that we have “protection” in place when you click play that tells the “post cloaker”, hi … don’t cloak me. But this protection is somehow binned when you scroll up.

It’s also the opposite, if you stopped it playing, it will now restart… by itself.

This has been assigned both to @eviltrout and @Osama over the years, we have invested lots of time here and simply can not come up with a fix.

I am tagging this #pr-welcome … but keep in mind … difficulty level on this is somewhere around 11. 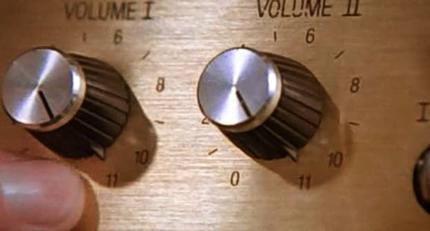 Sorry to resurrect this, but I’ve noticed this starts happening now even when scrolling down. Not sure if something changed this bug recently to the worse, or if it’s a different bug altogether. Confirmed with several people in our instance. This makes video sharing threads quite unbearable, when the earlier videos start suddenly playing.

I second this, happens with either scroll up or down and replays all previously played videos randomly (I imagine it has something to do with how Discourse processes previous content when loading new on a Topic, but I honestly don’t know).

I have mixed feelings about this, I don’t think people should have the expectation that a video from 600+ posts above will continue playing as you scroll down endlessly in a megatopic? The video isn’t visible, and hasn’t been visible for a while if you are scrolling down.

e.g. if you want to play audio for a long time while you browse around, on whatever site you’re visiting, open it in a new tab?

It shouldn’t, in my opinion. If the video is paused or finished it shouldn’t replay itself on its own just because you scrolled down. (Which is the described behaviour even though the title is misleading)

As a matter of fact, there is a an alternative for people that want “people to keep playing” as you go around, if they find the tab approach too much.